Once incredibly abundant along the east coast of Australia as well as in Tasmania, their conservation status was recently upgrade from ‘least concern’ to ‘vulnerable‘. Over the last 30 years their available habitat has shrunk by over 20%, or about 200,000 square kms – that’s an area nearly three times the size of Tasmania.  Recently listed as vulnerable to extinction in Victoria, some scientists now believe that they could be nationally threatened.

Interesting facts
– Early European biologists originally thought they were a fake animal
– Some aboriginal names for the platypus include Matakupay, Mallangong, Tambreet, Gaya-dari, Boondaburra, Lare-re-lar
– Some Aboriginal dreamtime stories explain that the platypus came about from the mating of a large water rat with a duck.
– Discoveries in platypus milk could help fight superbugs (news link here)
– Platypuses avoid streams in logged areas
– Platypus young drink their mothers milk by licking it off their skin
– Platypuses can visit several burrows in one night
– Platypuses dive limit is around 2-3 minutes
– Australia once sent a platypus to Wintson Churchill, however it died before getting there (link here)
– Platypuses lay eggs, have very small stomachs and adults have no teeth. The adults grind their food with hard pads (made from keratin) that replace the teeth
– Male platypuses have a bifurcated penis
– Male platypuses have venomous spurs on their back ankles and so are one of the few venomous mammals in the world.
– Platypuses have 10 sex chromosomes (5 pairs) – most mammals typically have just two (i.e. a single pair)
– The platypus is the only living representative of its family and genus
– Their family is older than dinosaurs and with the first fossil platypus relatives (Monotrematum sudamericanum) date back 61 millions years from Patagonia – showing how widespread they used to be (link here) and a one meter long relative (Obdurodon tharalkooschild) swam through freshwater pools in Australian forests about 5 to 15 million years ago
– Some Aboriginal dreamtime stories explain that the platypus resulting from the mating of a large water rat with a duck
– Platypuses swim underwater with their eyes closed and ‘see’ using electrical receptors in their bills to find their prey and pressure sensors to aid in navigation – a kind of sixth sense!
– As one of the top predators in many Australian waterways, platypuses help maintain ecosystem balance and water health

Government protection:
In mid 2018 I submitted an application to the Victorian Government suggesting the platypus be listed as threatened under the Flora and Fauna Guarantee Act. In 2021 they were listed as vulnerable to extinction, giving them and their habitats greater protection.
I also chaired the Victoria Alliance for Platypus-Safe Yabby Traps, and am pleased to say, in 2019, we managed to get the platypus drowning enclosed yabby trap banned in Victoria. 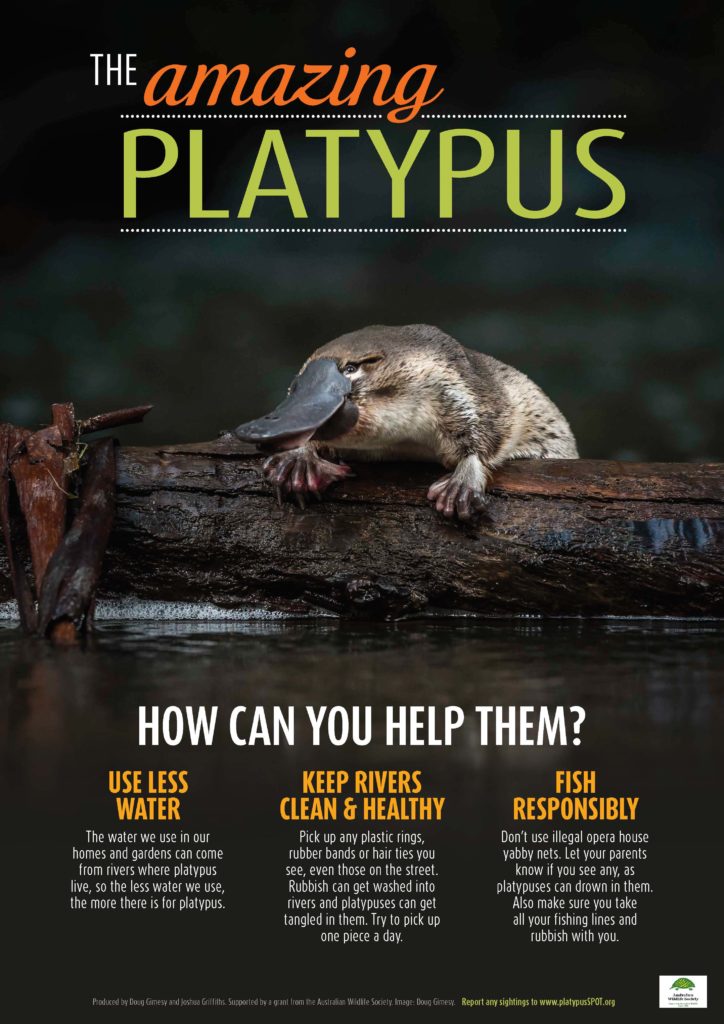 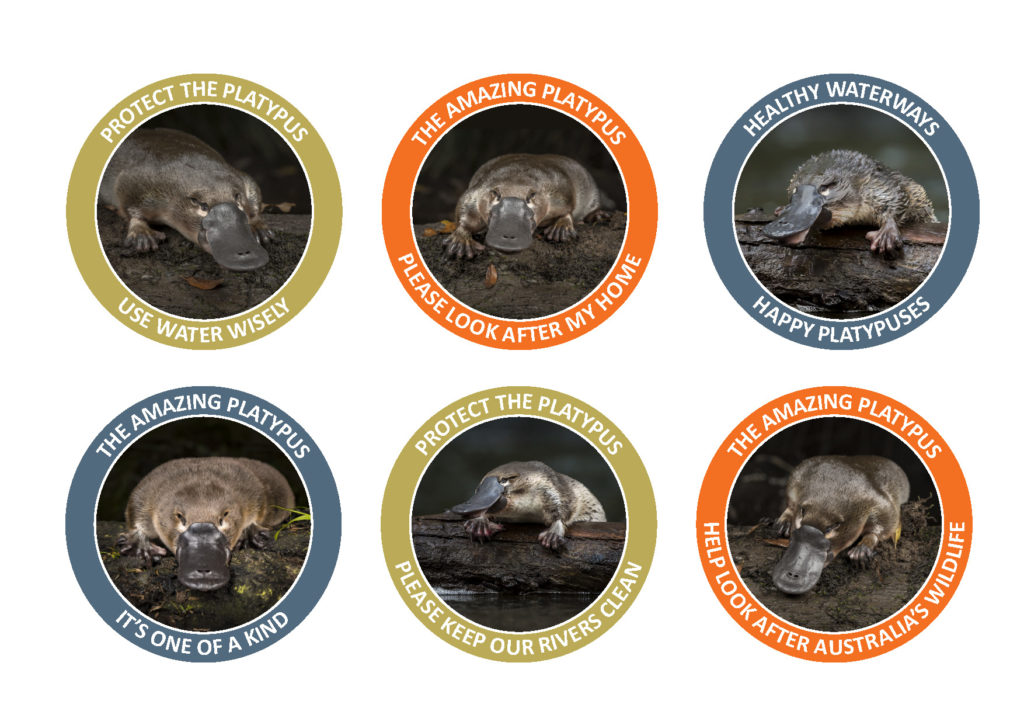